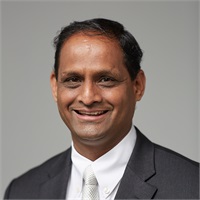 As a Wealth Manager for JK Investment Group, Ranjan brings 30 years of experience in the financial industry which has allowed him to assist families and business owners plan for their present and future goals.

After graduating from Louisiana Tech University, Ranjan continued his studies at Case Western Reserve and earned a master’s degree in Accounting. He passed his CPA exams and was licensed in the state of Ohio in 1989. Ranjan began his journey in financial advisory services with MetLife and remained there for the next 28 years. In January of 2017, he became an independent agent with Commonwealth and joined the JK Investment Group team one year later.

Ranjan has been married for 25 years to his wife, Neelam, and they have two wonderful children. Their daughter graduated from MIT and their son is currently attending Princeton University.